Ever been so tired that you struggle to get up in the morning? 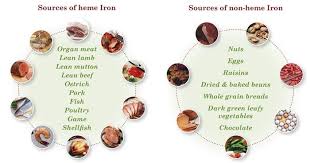 Iron to the Core – Dragging your self out of bed….heavy monthly periods…..cold hands and hands and feet…..desire to eat ice, dirt or clay….. Well if you are anything like me, you might be suffering from Anemia.

About 15 years ago I started to notice a few changes that had major impacts on daily life, the first was excessive bleeding during my monthly period.  My periods got heavier each year and the length of my cycle was out of wack.  I was struggling to get out of bed every morning and generally felt flat.  Each year my blood test  indicated I was boarder line anemic and asked to take supplements.  Then one year I tipped the balance and was sent to a specialist who determined I had and uterine fibroids.  I had the fibroids treated and my iron levels went back up to a normal level.  What I do now is each a balanced diet with a wider range of Iron rich foods to ensure I keep my iron level up.   Foods I include are: dark green leafy vegetables, fish, shell fish, lean meat, eggs, seeds – pumpkin seeds, nuts, and some dried fruits, beans and legumes.    Additionally I include sources of Vitamin C which helps us absorb our iron.

The medical cause is not having enough iron in your body, which causes iron-deficiency termed anemia.   The common reasons for lack of iron usually is due to blood loss, poor diet, or an inability to absorb enough iron from food.

Inadequate iron intake – poor diet – Eating too little iron rich foods over an extended period  can cause a shortage in your body. There is a wide range of foods that are good sources of iron, and include  meat, fish, shell fish, eggs, beans, nuts and seeds, and dark green leafy vegetables are high in iron. Because iron is essential during times of rapid growth and development, pregnant women and young children may need even more iron-rich foods in their diet.

Blood loss due to menstruation – In women of childbearing age, the most common causes of iron deficiency anemia are heavy menstrual bleeding and blood loss during childbirth.

Internal bleeding – Certain medical conditions can cause internal bleeding, which can lead to iron deficiency anemia. Examples include an ulcer in your stomach, polyps in the colon or intestines, or colon cancer. Regular use of pain relievers, such as aspirin, can also cause bleeding in the stomach.

Inability to absorb iron – Certain disorders or surgeries that affect the intestines can also interfere with how your body absorbs iron. Even if you have enough iron in your diet, your body may not be able to absorb it. This can happen if you have intestinal surgery (such as gastric bypass) or a disease of the intestine (such as Crohn’s disease or celiac disease).  Also some prescription medicines that reduce acid in the stomach also can interfere with iron absorption.

If you’re at risk for iron deficiency anemia, start  talking with your your doctor and monitor by having a blood test.  Additionally, review your diet and look for ways to add iron rich foods in. 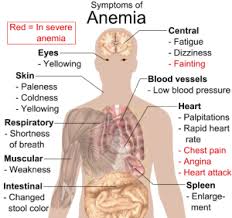 Affects of Anemia on the human body

How is iron deficiency anemia diagnosed?  A doctor can diagnose anemia with blood tests.  The most common one is Complete Blood Cell test (CBC).
A CBC  test is usually the first test a doctor will use.   A CBC test is often performed as part of a routine physical examination. It’s a good indicator of a person’s overall health. It may also be performed routinely before a surgery. This test is useful to diagnose this type of anemia since most people who have an iron deficiency don’t realize it.A CBC test measures the amount of all components in the blood, including:

The CBC test provides information about your blood that is helpful in diagnosing iron deficiency anemia. This information includes:

Other tests – Your doctor might order additional blood tests to determine how severe your anemia is and help determine treatments.  These blood tests will provide additional information such as:

If you think you are iron deficient, please speak with your doctor and determine if you are Anemic.    A simple blood test will tell help you on your path to feeling better.
Oh and include iron rich foods to your diet daily!  Need some recipe ideas… Here is one  of mine 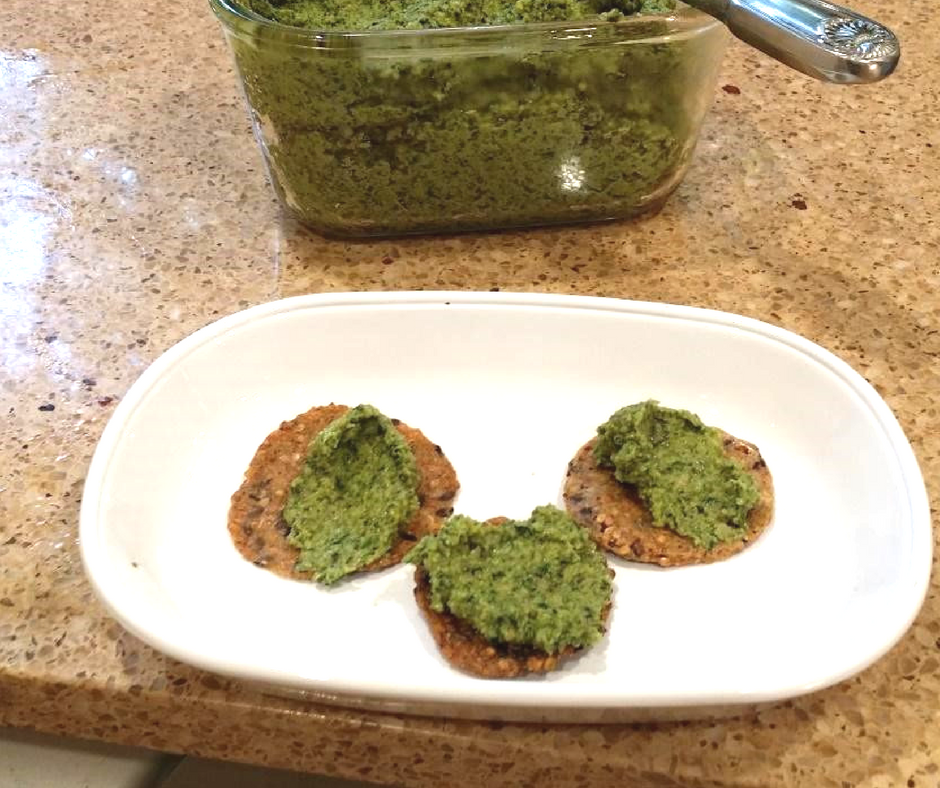 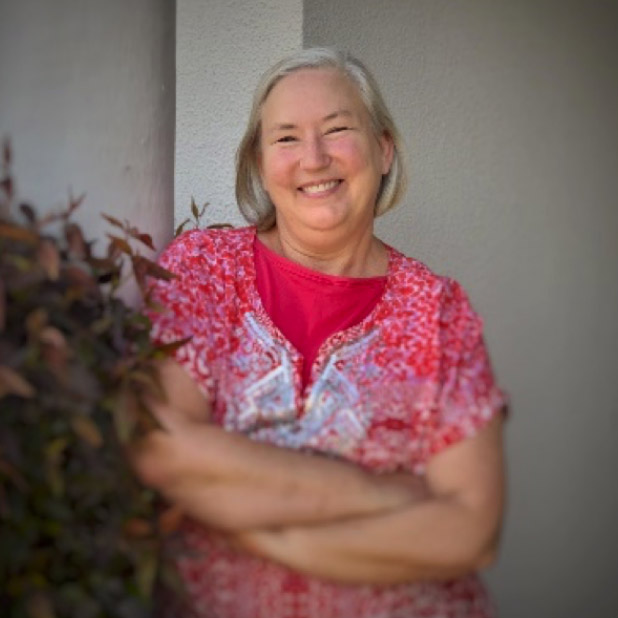